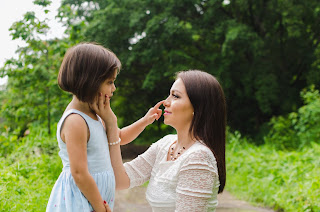 Reality of Mother and woman

It is true that mother's prayers never go empty. And it is also true that a woman plays the religion and deeds of a mother. If a person wants to see God, then he should look at his mother. He will be seen by God. Because if there is God on the earth, then it is in the form of mother. Which is present in every house. The woman is the mother who, after becoming a mother, puts her life at stake. When any woman in the world becomes a mother, she is most happy only when she becomes a mother.

God chose only to make a woman a mother because only woman can bear that pain and suffering. What no man can do. When a woman comes as a mother. So she abandons her complexion and beauty, which is the color and beauty God has given to that woman. It is a woman who defines the word mother correctly. Mother's love is seen in a different family. Mother does not let her children feel even after tolerating thousands of troubles. There are millions of mothers in the world who play many of life's life well. The life of a mother and that woman is very important for her family.

Thoughts of mother and woman

Talking about women, women are much more tolerant than men. The woman fought for her existence and even today, she is demanding her rights. It is true that if the world is moving then it is because of women. If women remove the idea of ​​becoming a mother from their mind, then that family cannot get a new seat in that society. Whom she wishes for the family and society while the woman creates a new chair for the family and society. If you want to understand the word woman, then you have to look at your home family and women living in your society. Women also have to study all those relationships which are taught to play a man. Just as there are changes in the life of a man, similarly there are changes in the life of a woman. A woman is the first friend and first teacher of her child when she becomes a mother. One who rides his life by giving him the right lessons throughout his life.

Importance of mother and woman

The member of the female family whom God chose to protect the two clans. A woman is a name that is defined in many relationships. The society not only sees the form of a mother in a woman, but also sees many of the relationships of women such as mother, wife, aunt, aunt, sister, aunt, daughter, grandmother, grandmother, aunt, sister-in-law, niece, niece All these relationships tell that a woman has to fulfill these relationships in life. When a woman goes into the environment of her age, she has to play the role of a different relationship. Which is very important for his life. A woman's life is of great importance to her family, her society, her country and the world.

It is said that there is only one woman who makes the house a paradise, who, as a mother, maintains her home to the world. It is said that the house where the mother is not respected, does not deserve to become heaven. When a woman comes as a mother in her life, she has to renounce her beauty. Mother also becomes a Saraswati for her children. So the mother also becomes Durga for her children. No one should compete with the power of the mother, nor has anyone been able to do so till date. The mother gives importance to riding the life of her children more than her life.

From the modern world to the present world, the poorest of the poor women have attained a great degree through education and even today their lives are constantly changing. Women in the country have achieved their own achievements through their achievements in the world. Has surprised the people of ancient times to modern times, the lives of women had a bad effect whether it was for the women living in the villages or the women living in the cities, whether it was the women of poor families or the rich organizations. Many discrimination is happening in their lives even today, from the women of the family, from education to property, women were removed from these rights and even today women are demanding these rights.

Talk of today or a hundred years ago, there were many problems in the lives of women, which still remain today. When a woman gives up her life while fighting these problems, the loss of her family and that country is in her. Eliminating those problems should be the first task of every society. In the present life, women are harder than men, women have participation in every field of work and this proves that woman is not less than any man.

In a society, a woman should be given full respect. It is very important to have a woman in every family and society. For which the role of the mother and the status of the woman will be strong and prosperous, then only the woman will define the rights to live a better life for herself as well as other women.

Popular posts from this blog

September 25, 2020
Reality of Religion Reality Religion is very important in our life. The reality of religion teaches us that a person can walk on the path of religion, if he wants, he can become a religious guru. We have to study from birth to death while following religion. Religion can also give us mental and spiritual peace if it follows the right path of religion . The real knowledge of religion can be obtained from the culture of that person, the rites which have affected that person. There are different places in the world to walk on the path of religions, which tells us that if we want to receive God's grace, then we have to walk the path of religion. We cannot get any blessing from God without becoming religious. Thought of  Religion Ever since humans started taking the name of God in the world, religion has arisen and humans want to get God's blessings through their own religion. There are different religions in the world, the ways of those religio
2 comments
Read more